[Verse 1]
When I look in the mirror I see my mummy, boy
All my four different sisters look like my mummy, boy
See now I work for a living 'cause of my mummy, boy
'Cause she was handling business when I was unemployed
When I took a turn for the worse I needed my mummy, boy
Tell the truth, I just wanted to hear "I love you, boy"
What a world of a woman, that's just my mummy, boy
And now I worship my woman 'cause of my mummy, boy
I've been conditioned to better my living conditions
Five women I grew up with gave me strong vision
Became the man of the house and replaced the man missing
That's when you saw mummy's boy and saw the dad in him
Mummy's boy all you want
'Cause this mummy's boy's all she's got
We got stronger every time we lost
It's like she stirred courage in that corned beef pot

[Verse 2]
Here, now I've got a daughter and she's daddy's girl
I tell her she's important 'cause she's daddy's girl
I'll hold you together in this shattered world
Social media won't affect you like the man himself
Think I gave a fuck about op when my daughter had an op
Had a feeling in my heart but if she needs it then I'll swap in a second
I'll put me second
Hoping I can make it to Heaven to see my bredrin
They can never question my character 'cause I fell for
Someone that resembles the character of mine, well you're
Out of your mind if you get the shivers and you ignore it
You only live once, I was tired tryna enjoy it by myself
I needed help with all this wealth
Already had a million girls, million cells
You're only as low as you feel, as high as you felt
You need faith, it's no biggie, diddie can help

[Verse 3]
I been feeling like myself lately
Hearing children that are really tryna imitate me
When I'm one of one, not one of many
If they're claiming they're 100:1 it's gotta be pennies
Tell the country they can count on their son to be magnetic
Pull you closer then be picking you up
It's just calisthenics, that's a trait from my mum
Getting pro position that's the formula one
Still I drove you up the wall, borrowed your car, breezed from the constable
Still you try defend me, you'd rather them put the cuffs on you
Probably give your life twice over to see I'm comfortable
That's why I'd give my life twice over to give you life support
Something about a woman, we just think about putting our suttin' in a woman
I'll tell you that there's power in empowering a woman
Every time I fell I got put up by a woman
So I hope the crown don't weigh you down 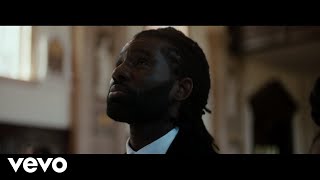 Sonya Belousova & Giona Ostinelli - Toss A Coin To Your Witcher

The Witcher OST (Series) - Reichet gold eurem Hexer [Toss a coin to your...

Queen - The Show Must Go On

Metallica - Nothing Else Matters

Songtext & Übersetzung So close, no matter how far It couldn't be much more from the heart Forever trusting who we are And nothing else matters