[Chorus: Jesse Rutherford]
I won't lie, I don't love you all the time, baby
I do sometimes but it's hard for me to fall in, baby

[Verse 1: Jesse Rutherford]
Put yourself down, have a little shame
Help me bring it back before we go away
We are all the same, we are all to blame
I don't need to say anybody's name
I'm the fucking heartache, I'm the alien
No, I'm not from Mars but I'm sure it's where I'll get
All wars comin' first, Star Wars comin' next
It'll always be a mess, we were all forced to exist

[Chorus: Jesse Rutherford]
I won't lie, I don't love you all the time, baby (I won't lie)
I do sometimes (yeah) but it's hard for me to fall in, baby (sometimes)

[Chorus: Jesse Rutherford]
I don't feel the way that I used to (anymore)
I don't ever wanna confuse you (anymore)
We were never on the same page (never ever)
And it might be time for a change
But what do I do if I lose you?

[Verse: Jesse Rutherford]
Do you remember when we were friends?
Nothing more than that had to last
Told me that you had my back
I said "I've got yours back
No matter what you do, no matter where you go
I'll be there to let you know, I'll be true
No matter what's at stake, I won't ever lie or fake"
We both know something's off, it's so easy to see
We know it's obvious but don't wanna believe it
Di?didn't do the best but we got there first
Huddled up together when the weather got worse
There for each other for whatever like brothers so we gotta make it work

[Chorus: Jesse Rutherford]
I don't feel the way that I used to (anymore)
I don't ever wanna confuse you (anymore)
We were never on the same page (never ever)
And it might be time for a change
But what do I do if I lose you?

[Outro: ???]
Jesse, [?], I swear, I'm just sitting over here in the chair
But I'm downstairs, I'm doing my hairs
Dude, your concert was off the chain, bro
I saw it in Brazil, it went freaking nuts
You are a freaking star
You know, dude, everybody in life has a place
And that's where your place is
In the?in the limelight, you know?
'Cause you're a freaking star, dude, let me tell ya 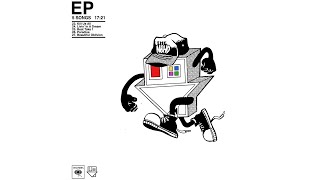 The Neighbourhood - Hard To Imagine

Mac DeMarco - Freaking Out the Neighbourhood

The Neighbourhood - Middle of Somewhere

The Neighbourhood - Livin' In a Dream

Vedo - You Got It

Oh yea, it's time to mix it up and get ya glow girl I know that you gon' get it, you got so much Don't let nobody tell you that's it's over I want you to know that girl You got it, you got it

Suddenly not half the man I used to be (feel away) But truthfully, it hurt what you could've been (feel away) It's not you, so I guess it's me (feel away)

I don't really wanna run around, yeah Time is goin' slow and I don't mind, yeah Tell me if you know I'm really found, yeah