[Verse 1]
Aight, one more dub, then it's back to business (Yeah)
I'm a real G, and your dad's a witness (Yeah)
Boy'd your bro, then your sister begged it
I told that little bitch, "Don't ask for pictures" (Sket)
I do this ting for fitness
Put them Cowie boys in rizzlas
Fallouts at the next family functions
The Cowies are gonna have an awkward Christmas
So why you love to talk about mums so much? (So much)
Where's yours? (Where's yours?)
Let me just 'low it (Let me just 'low it)
Let me just pause (Pause)
No fuck that man, I gotta dun the virus
Oi Wiley, you shoulda been the one to guide us
But since you wanna diss my mum so much
Let's talk about why you moved your mum to Cyprus
That poor little woman was scared of the house 'cah you put her life in danger you prick
Bricks and shots just fly through the window
You couldn't be the person to save her, you prick (You prick)
Instead of you to squeeze the pumpy
You said, "Yo mum, we gotta leave the country" (Yeah)
I never wanna hear you say, "Free the mandem" (Yeah)
Let's go Cyprus and go free your mumzy
Got mumzy banged up abroad (Abroad)
All because her son was a fraud (Was a fraud)
Can't handle this, so she handles dick like I handle the war (Like I Handle the war)
Whore (Whore)
Nuttin' ain't funny anymore (Anymore)
'Cause I'm not a happy bunny anymore (Anymore)
Didn't really wanna bring it to your mummy anymore
So... your dad can't defend your bro
And you can't defend your mum
Man, I wonder what she thinks (Hmm)
All the males in your family are weak links (Yes)
Gather 'round man, this is just the pre-drinks (Uh)
Ripping the weave off my mum's head
Okay, well, that's a lie
What, we telling facts or jokes? (Or jokes)
Ah shit, I forgot, this is grime
So, say what you like then (Uh)
'Low all the dubs, let's have a fight then (Uh)
Don't mention them niggas, I don't like them (Uh)
Fuck all them niggas, they ain't my friends
So don't hype them
Mum's life, man are gonna kick 'em in the mouth (Yeah)
My niggas got pride but it's bigger in the south (Yeah)
Cah you weren't on it (Yeah), and your dad weren't on it (Yeah)
Guess your mum shoulda had a real nigga in the house to defend her
Broken woman, I wanna mend her (Yes)
Bruck her back and then bend her (Uh)
Got so much lovin' I wanna lend her (Uh)
Got so much money I wanna send her
Where can I send it? (Yep)
What you putting her through, I wanna end it (Please)
I like that you're not self-centred
You opened the door and look who entered
Oh it's the king of grime, king of grime
How's he the king of grime but on drill?
Now I'm the king of grime, I won't chill
King of grime, oh it's no big deal
See this ting? Yeah, I run that (Run it)
Keep your crack, we don't bun that (Don't bun it)
Come on a mission and let your gun clap
Gonna start a petition to get your mum back
I know she wants to come back
Oh Lord (Oh Lord)
You got mumzy banged up abroad (Abroad)
You got mumzy ran off the ends (Ends)
And it's foul 'cause it ain't her fault (No, it ain't her fault)
She was tryna relax
But her son got caught in a war (Caught in a war)
One day there's dons at the door, then next day Heathrow Terminal 4
It's a shame, what she needed was a strong man in the house
Fuck that, I'ma be the man of your house
She's like "Will, come home, there's a man in the house"
It's like your mum was the only real man in the house (Damn)
Shower on the riddim, and I'm shower on the mic (Yeah)
Thought it was love, it was sour on the sly (Yeah)
You fuckboy, let me know how you wanna die (Uh)
24 hours to reply (*blows raspberry*) 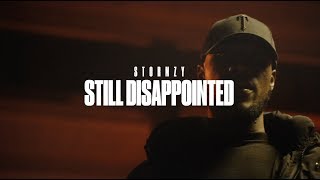 Stormzy - Sounds Of The Skeng

Ed Sheeran ft. Stormzy - Take Me Back to London

You throw your head back, and you spit in the wind Let the walls crack, 'cause it lets the light in Let 'em drag you through hell They can't tell you to change who you are That's all I know so far And when the storm's out, you run in the rain Put your sword down, dive right into the pain Stay unfiltered and loud, you'll be proud of that skin full of scars That's all I know so far

We were love drunk, waiting on a miracle Trying to find ourselves in the winter snow So alone in love like the world had disappeared Oh, I won’t be silent and I won’t let go I will hold on tighter...

You throw your head back, and you spit in the wind Let the walls crack, 'cause it lets the light in Let 'em drag you through hell They can't tell you to change who you are That's all I know so...