He rolled up asked him what he was sippin' on
Said lean, you wanna hit it dawg?
That's the same stuff Weezy sippin' huh?
And tons of other rappers that be spittin' hard
Yep yep he had 5 up on
when he passed him that styrofoam
The easter pink, heard it in a rhyme before
finally got to see what all the hype was on
And then he took a sip sittin' in the Lincoln
thinking he was pimpin' as he listened to the system
Little did he know that it was just as addictive as base
not the kind of hit from the kick drum
Hot box let the base bump
Take it to face, gulp
Months later the use went up
and every blunt was accompanied by the pink stuff
But Goddamn he loved that feeling
Purple rain coated in the throat
Just so healin'
Medicine alleviate the sickness
liquid to fix and it comes with a cost
Wake up, cold sweat, scratchin', itchin'
Trying to escape the skin that barley fit him
Gone, get another bottle just get a couple swallows headed towards the bottom
couldn't get off it
Didn't even think he had a problem
Though he couldn't sleep without getting nauseous
Room spinnin'
Thinking he might of sipped just a little bit too much of that cough syrup
His eyelids closed shut
Sat back in the chair
clutching that cup
Girlfriend came and a couple of hours later said his name
shook him, but he never got up

And he just wanted to act like them
He just wanted to rap like him
Us as rappers underestimate the power and the effects we have on these kids
Blunt passed
ash in a tin, pack being pushed, harassed by the feds
The fact of it is most people that rap like this talkin' about some shit they haven't lived
Surprise, you know the drill
Trapped in a box to climb record sales
Follow the formula
violence, drugs and sex sells
So we try to sound like someone else
This is not Californication
There's no way to glorify this pavement
Syrup, percocet, and an eighth day will leave you broke, depressed and emotionally vacant

Despite how Lil Wayne lives
It's not conducive to be creative
And I know cause he's my favorite
And I know cause I was off that same mix
Rationalize the shit that I try after I listen to dedication
But he's an alien
I sip that shit pass out or play playstation
Months later I'm in the same place
No music made, feeling like a failure
And trust me it's not dope to be 25 and move back to your parents basement
I've seen my peoples dreams die
I see what they can be denied
And "weeds not a drug" that's denial
Groundhog day life repeat each time
I've seen oxycontin take 3 lives
I grew up with them, we used to chief dimes
I've seen cocaine bring out the demons inside
Cheatin' and lyin'
Friendship cease, no peace in the mind
Stealin' and takin' anything to fix the pieces inside
Broken, hopeless, headed no where
only motivation for what the dealer's supplyin'
That rush, that drug, that dope
Those pills, that crumb, that roach
Thinkin' I would never do that
Not that drug
Growin' up nobody ever does
Until your stuck lookin' in the mirror
like I can't believe what I've become
Swore I was gonna be someone
And growin' up everyone always does
We sell our dreams and our potential to escape through that buzz
Just keep me up, keep me up
Hollywood here we come 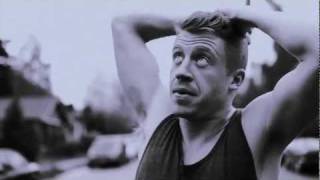