[Verse 1: Kendrick Lamar]
I am not for the faint of heart
My genetic build can build multi universes, the men of God
Playin' "Baby Shark" with my daughter
Watchin' for sharks outside at the same time
Life as a protective father, I'd kill for her
My son Enoch, it's the part two
When I inspire my children and make higher values
In my present moment I saw that through
Ask Whitney about my lust addiction
Text messagin' bitches got my thumbs hurt
Set precedent for a new sacreligion
Writer's block for two years, nothin' moved me
Asked God to speak through me, that's what you're hearing now
The voice of yours truly
Teleport out my home body for comfort
I don't pass judgment, past life regressions keep me in question
Where did I come from? I don't think like I used to
No, I don't blink like I used to
Awkward stares at everybody, see the flesh of man
But still this man compared to nobody
Yesterday I prayed to the flowers and trees
Gratification to the powers that be
Synchronization with my energy shackles that goes to doctor Zebi
Paid it for, cleaned out my toxins, bacteria heavy
Sciatical nerve pinch, I don't know how to feel
Like the first time I fucked a white bitch

[Verse 2: Kendrick Lamar]
The first time I fucked a white bitch, I was sixteen at the Palisades, fumblin' my grades
I traveled with a team, the apache life, Sintennio was like
When Mrs. Becker screamed, "That dough, boy, mixed there with purple rain"
They interchanged the seams
Happy just to be out the hood, with all the wealthy years
Credit cards and family plans, she drove her daddy's Benz
I found out he was a sheriff, that was a win-win
Because he had locked up Uncle Perry
She paid her daddy's sins
Next time I fucked a white bitch, was out in Copenhagen
Good Kid, M.A.A.D City tour, I flourished on them stages
Whitney asked did I have a problem
I said, "I might be racist"
Ancestors watchin' me fuck was like retaliation

[Verse 1: Kendrick Lamar]
Eight billion people on Earth, silent murderers
Non-profit preachers in church, clerks and bellers (Woo)
Hollywood corporate and screwin', teachin' philosophies
You either be dead or in jail, killer psychology
Silent murderer, what's your body count? Who your sponsorship?
Objectify so many bitches, I killed their confidence (What the—)
The media's the new religion, you killed the conciousness (What the fuck?)
You jealousy is way too pretentious, you killed accomplishments (What the fuck?)
Niggas kill freedom of speech, everyone sensitive (What the fuck?)
If your opinion fuck around and leak, might as well send you off (What the—)
The industry has killed the creators
I'd be the first to say to each exec', "I'm saving your children" (What the fuck?)
We can't negotiate (What the—)
I caught a couple of bodies myself, slipped my community
My last Christmas toy drive in Compton handed out euologies
Not because the rags in the park had red gradient
But because the high blood pressure flooded the caterin'
So what's the difference between your life? We're hiding motives
The fatalities and reality bring you closure
The noble person that goes to work and pray like they 'posed to?
Slaughter people too, your murder's just a bit slower

[Chorus: Kendrick Lamar]
I'm a killer, he's a killer, she's a killer, bitch (What the fuck?)
We's them killers, walkin' zombies, tryna scratch that itch (What the—)
Germaphobic, heteron, homophobic
Photoshoppin' lies and motives
Hide your eyes and pose for the pic' 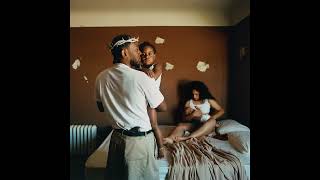 See where the pavement gives weight, to the flowers When you're six feet under, it's hard to hear the fracture The new life is growing in the layers you shed, oh Even the pavemеnt gives way To the flowers

Sia - Fly Me To The Moon

Berlin - Take My Breath Away

Watching every motion in my foolish lover's game On this endless ocean finally lovers know no shame Turning and returning to some secret place inside Watching in slow motion as you turn around...

Layla, you've got me on my knees. Layla, I'm begging, darling please. Layla, darling won't you ease my worried mind.

Calming down When I feel the ground A new sound right when I touch your hands, they become mine Who you think I was is gone Who knew we'd end up not alone

Ed Sheeran feat. Taylor Swift - The Joker And The Queen Übersetzung in Deutsche

And I know you could fall for a thousand kings And hearts that would give you a diamond ring When I fold, you see the best in me The joker and the queen

Though nothing will keep us together We could steal time just for one day We can be heroes forever and ever I, I can remember Standing by thе wall And the guns shot above our heads And wе kissed as though nothing could fall