[Verse: Kelsey Nicole, Faith Evans, Tory Lanez, Notorious B.I.G.]
(Take Money) Yeah, yeah
Who I'm taking shots at? Bitch, I'm busting you (Brrat, take money)
I'm talking to that same bitch that crashed that boat on 42 (Take money, huh)
It's a shame we here today, truth be told, it's 'cause of you (Take money, bitch)
Couldn't control your little feelings, look what dick is costing you
It was all good, yeah, about a week ago (About a week ago)
Shout out Bobby Shmurda but this bitch is really tweaking, bro
If I was the one with the gun you would've heard about a murder (R.I.P.)
Said her back was turned but that girl know who really hurt her (I ain't hurt you, bitch)
Never been a jealous friend and the people really know it (Nah never been)
If you would'vе kept it silent then I would'vе been told it (Bitch)
See I really thought I knew you, thought that you would keep it G
If you wanna talk gangsta, bitch, I'm really from the street
Imagine lying to the D.A. saying I took some hush money (Huh?)
Put a muzzle on your friends, y'all acting like some crash dummies (Skrrt)
Got my chain snatched? Damn, here you go lying
To be an A-list celeb, you doing too much trying
Where I get this money from? Bitch, you knew I was a hustler
Way she did 1501, should've knew I couldn't trust her
Protect black women, huh? But you sending threats to me
Damn, I thought that you was solid, now the (Joke's on me)
Damn, I ain't wanna have to do this but you steady shooting shots (Brrt, brrt)
Then said if I spoke that a sex tape could drop
Was never supposed to be against each other, this what y'all made it (Ah)
I'ma still live it up, yeah, I know y'all really hate it (Ha)
Sucking dick behind my back, who really on they knees?
You an overachiever, all you do is suck seed
Claiming you a pimp, huh? But you slippin' on your mackin' (Damn)
Are you lying to your label? Do they really know what happened?
(Who shot ya?) 'Cause you know it wasn't me
I was 10 toes down whenever you had beef
It's a god damn shame
All you had to do was clear your best friend's name (Yup)
All you had to do was keep it real and stay the same (Ah)
But you switched up on me for the money and the fame
Who shot you?

[Outro: Kelsey Nicole]
I thought a bitch from Bexar County said something
You a H-Town hottie though, huh?
Fuck outta here 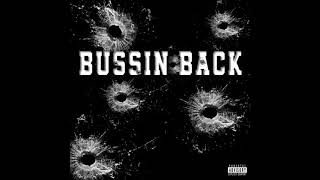