[Verse 1: Maxo]
Runnin' after shit, I think I want to double back
Devil hittin' my peripherals, start laughin' (Yeah)
Goin' off of what I know and wanna see from that
Growin' up I know I changed, know that things happen
Look a man in his face
Dreads in the way and on his chains
Gold ride it in a day, forgot his name
But he told me, "Never change," we parted ways (Uh, uh)
I had to face what the man in the mirror says
Grew complacent with the human that I was
Angels sittin' on my dome, had to recognize
All the feelings I disguise, it's there when I bleed
Eyes to my feet, can't stand what I see

[Verse 2: Earl Sweatshirt]
Made a home outta house, lotta closet room
Bones stackin' like dominoes
Catacombs, after the glow, the battle carry on
Get all that malice out your soul, the efficacy strong
I finish what I start, the funeral was hella long
I fell asleep, the effigy was short
My effervescence lost, but not entirely, I shrug the venom off
Kept a tiny piece for times we in the war
I like to think of life as deep, chilly water (Water)
We in it, feelin' warm, swimmin' upstream
Fuck is niggas on?
Icicles hangin' in my heart, cagey, astray
Stay away, I hate to say they made me a dog
Anxious, movin' at a pall bearer's pace
My family flanked me in the rain
Enemy of the state, fuck a allegation
Caskets and cradles to the grave and back again
Thanks to the source of the creation
The match fixed like a batch of fresh lemonade
They still couldn't fade us
How much shrapnel can your soul take?
The visions wasn't shabby at an angle
A phantom face in the hallway, incarnations
Angels, aura coordinated with the fifth to the floor
Let's go half on it, baby, I'm just playin', of course
I'm just sayin', maybe, later on? (Maybe) 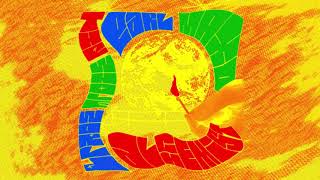 AC/DC - Shot In The Dark

I am lost since you're gone Hope you wait for me in paradise Though it's hard to carry on But I know you wait in paradise (Oh-oh-oh) Need you to hold me Need you to touch me I need to know that it's...