[Interlude: Jadakiss]
New York, the real New York, I'm outside
I don't live in Miami, I don't live in Colorado
Come to my block and see me, my niggas
All of y'all know I be down there
This is Kiss, I'm outside
Always D-Block (I like this)
I got a hundred guns, a hundred clips
Nigga, I'm from New York (What?), New York (Yeah)
Ruff Rydin', D-Block and shit
Nigga, fuck what you thought, you thought (A-ha!)
And you can't take shit for granted
'Cause life is too short, too short (Yeah)
I got a hundred guns, a hundred clips (Uh, yeah)
Nigga, I'm from New York (Uh, ah-heh!)

[Intro: James Brown, DJ Khaled & Jadakiss]
Born in New York City on a Monday
It seems I was out shinin' shoes 'bout two to noon
All the fat cats in the bad hats doing me a real big favor
Forgot the fat cats in the bad hats laying it on real good
When you're down and out in New York City
We Thе Best Music
I am New York, if you ain't with us, Khaled tеll em the rest
Another one
Yeah
DJ Khaled

[Verse: Jadakiss]
I'm B.I.G., Prodigy, DMX and Pun
Killin' niggas for fun, nothin' iller than son
I'ma be collectin' this money long as it come
If I'm behind the barrel, then you in front of the gun (*Gunshot*)
I'm the bullet that struck your limbs
I'm white Air Force 1s, I'm construction Timbs
I'ma do whatever it takes, just enough to win
I'm the one that your man told you not to fuck with him
I'm the single parent household with nothin' in the 'frigerator
Pissy staircases, smell like the incinerator
Grandma in the back, hooked up to the ventilator
Tryin' to chip in and see if we can get some dinner later
In front of the building with a clip full
Garbage pilled up, rats size of pit bulls
Either gettin' money or you aren't
Couple parolees, couple niggas with warrants
Couple of hoopties, couple niggas with foreigns
Makin' a movie, a couple niggas is starrin' (Yeah)
But it's just a segment
Somebody got somebody sister pregnant
Dice game, somebody lose, somebody win
Somebody comin' home, somebody is goin' in
Everybody 'bout that action, we don't do talk
You already know what it is, this is New York 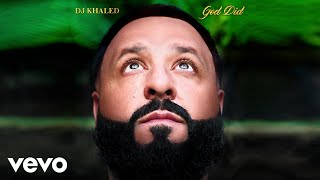 DJ Khaled - USE THIS GOSPEL

DJ Khaled - USE THIS GOSPEL (Remix)

Affirmations are fun and cool They help us heal and they help us grow If you love to learn and wanna keep feeling good, let's say some more Follow me, let's go!

Highland Saga - You're My Mate TEXT

Alok, Sigala & Ellie Goulding - All By Myself

I'll close my eyes 'Cause the world outside is going under You know I die I would leave this life to find another If there's a universe, even one reality Where I'm enough for me

Sarah Connor - Santa, If You're There

Santa, if you're really there If you really, really care Help me sneak up into Heaven just one time I just wanna leave a kiss Tell her that she's bein' missed 'Cause I never got a chance to say...

Mele Kalikimaka is the thing to say On a bright Hawaiian Christmas Day That's the island greeting that we send to you From the land where palm trees sway Here we know that Christmas will be green...

Glockenbach & Mougleta - Dancing In The Dirt Übersetzung in Deutsche